Minds of Your Own: A Closer Look at Parts

I don’t view the mind as a computer that can just be reprogrammed or rebooted by recoding or mechanistically replacing or removing unwanted files or programs. I also don’t view the mind as a conglomeration of pre-labeled, cookie cutter sub-personalities like Nasty Nelly or Sad Susan. Rather, I know the mind to be organically organized as a complex compartmentalization of “parts.” I’m talking about the natural compartmentalization we’re referring to when we say, “I’m at odds with myself” or “I’m of two minds.” This innate organization makes it possible for us to hold contradictory beliefs. On one hand, you know you have all of the qualities it takes to start your own business, yet on the other hand, you cut yourself down at the knees when you think of actually proceeding. The results of inner conflict can range from feeling slightly annoyed to downright paralysed.

Parts to the rescue

Parts get formed in response to specific emotionally significant (not necessarily traumatic) experiences in your childhood. What happens is the mind forms a compartment in which it houses the energy and unresolved emotions attached to the original event – your energy and the energy of whoever was involved. The part also stores the core beliefs you created at the time of the event and all of the decisions, triggers, patterns, coping strategies, and defense mechanisms flowing out of those beliefs.

Consider for a moment that each part is like a mini sub-personality. Each with a mind of its own. Each a child living inside you with its own distinct beliefs, sense of identity and time, and its own programs, coping strategies, defense mechanisms, triggers, emotions, rationale, and logic. Each part was formed during childhood to help and protect you, to the best of your limited ability and understanding at the time. Each part was created with a distinct purpose and plays a specific protective role in the makeup of your mind. And each part can communicate with you through thoughts, feelings, body sensations, images, memories, etc.

Frozen in a time warp

Without intervention, your parts remain suspended in a time warp of when they were originally formed (our most controlling parts were created before we were conscious!). These fixed, immature mental patterns filter your current perception of reality and influence your present-day thoughts, feelings, and actions. As an adult, every time you’re faced with a situation that resembles the original event and triggers your original beliefs, you respond from the part created at that time. This is why you might respond with an irrational, immature, exaggerated, or disproportionate response to any given situation.

These counter-productive patterns are functioning below the level of your conscious awareness. You aren’t aware that you’re seeing through outdated perspectives. You react based on outdated feelings. You behave in ways you don’t understand. As one CFO told me, “I am confident making multi-million dollar deals, but in my personal relationships, I’m 13 years-old!” Often you don’t even realize that you’re caught running your own default patterns and just assume that your external circumstances are causing your difficulties: rejection is inevitable, men are cheaters, success is for other people, people are dangerous, love hurts, etc.

Everything is rolling along just fine, and then your partner says or does one wrong thing.

You’re triggered. Now he or she can do no right. Your perspective has instantly and seamlessly shifted into another part of yourself that feels victimized, hard done by, used, taken for granted, unloved, not good enough…. (This part is not new. It’s always been there. Waiting and watching for its perspective to be validated.)

Whatever it is, you do the same thing you always do when you get triggered into this part. It’s rote. Automatic. Like a tape or a mechanism.

You can’t see outside of this perspective. You can’t hear anything other than what you believe in this part. You’ve been pulled in. Taken over. And you’re in it until you’re out of it.

This is the power of parts. Yes, you may have legitimate issues to resolve with your partner. But your part existed long before your partner came into your life. The origins of your part were firmly established in your childhood. The fundamental core beliefs held by your part – I’m unlovable, I’m not good enough – and all of the painful feelings and protective decisions and strategies associated with these beliefs are coming from a much earlier time in your life. Created then; triggered now.

We repeat what we don’t resolve.

Parts can update, evolve, and change

The good news is that it’s possible to communicate directly with your parts. Although your belief systems and parts can appear to be fixed and rigid, they can update, learn, evolve, and transform when approached in a supportive, accepting, non-judgmental way. Because your parts exist to help you, they usually will embrace being brought into alignment with your conscious goals and perspectives. They will readily agree to replace their thought-to-be helpful but truly counter-productive strategies with new, positive roles in your mind. Your parts will usually be enthusiastic about embracing new supportive functions, especially when they discover that many of the beliefs, energies, and emotions they’ve been running weren’t your own.

It’s possible to detox your mind

The great news is that it’s possible to separate and remove other people’s unwanted energies, beliefs, and emotions from your own core energy with Core Belief Engineering. Yes, it’s possible! When parts are cleansed of unwanted influences, they return to their original, core energy and can access and reintegrate their intrinsic beliefs and emotions. This mental-emotional detox allows you to experience your own sense of self, your own innate perspective, and your own authentic truths and knowings at the core of yourself.

Your biggest inner saboteur can become your greatest ally

When parts are re-engineered with Core Belief Engineering, their entire focus and perspective and reality shift effortlessly. Everything connected to the original negative core belief system gets transformed by their rediscovered truths and knowings. All of the coping strategies, defensive mechanisms, triggers, automatic patterns and reactions, thoughts, and emotions associated with the part get upgraded and evolved. What was once experienced as an aspect of yourself working against you becomes your greatest supporter, championing your desired changes.

Re-engineered parts are powerhouses of love and support that share with you their original, organic truths and knowings. No longer running below the surface, they naturally integrate within your expanded consciousness. Their original, positive, empowering core beliefs inform and enhance your mind on a moment-to-moment basis, seamlessly and naturally. You simply become more of who you truly always were. 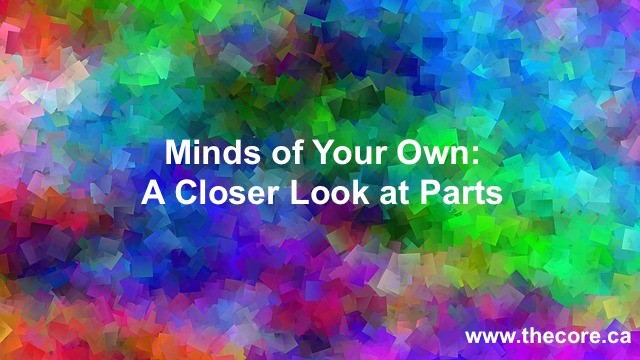 “I think we all know our outer lives are only as good as our inner lives.”

Call me and let’s talk.